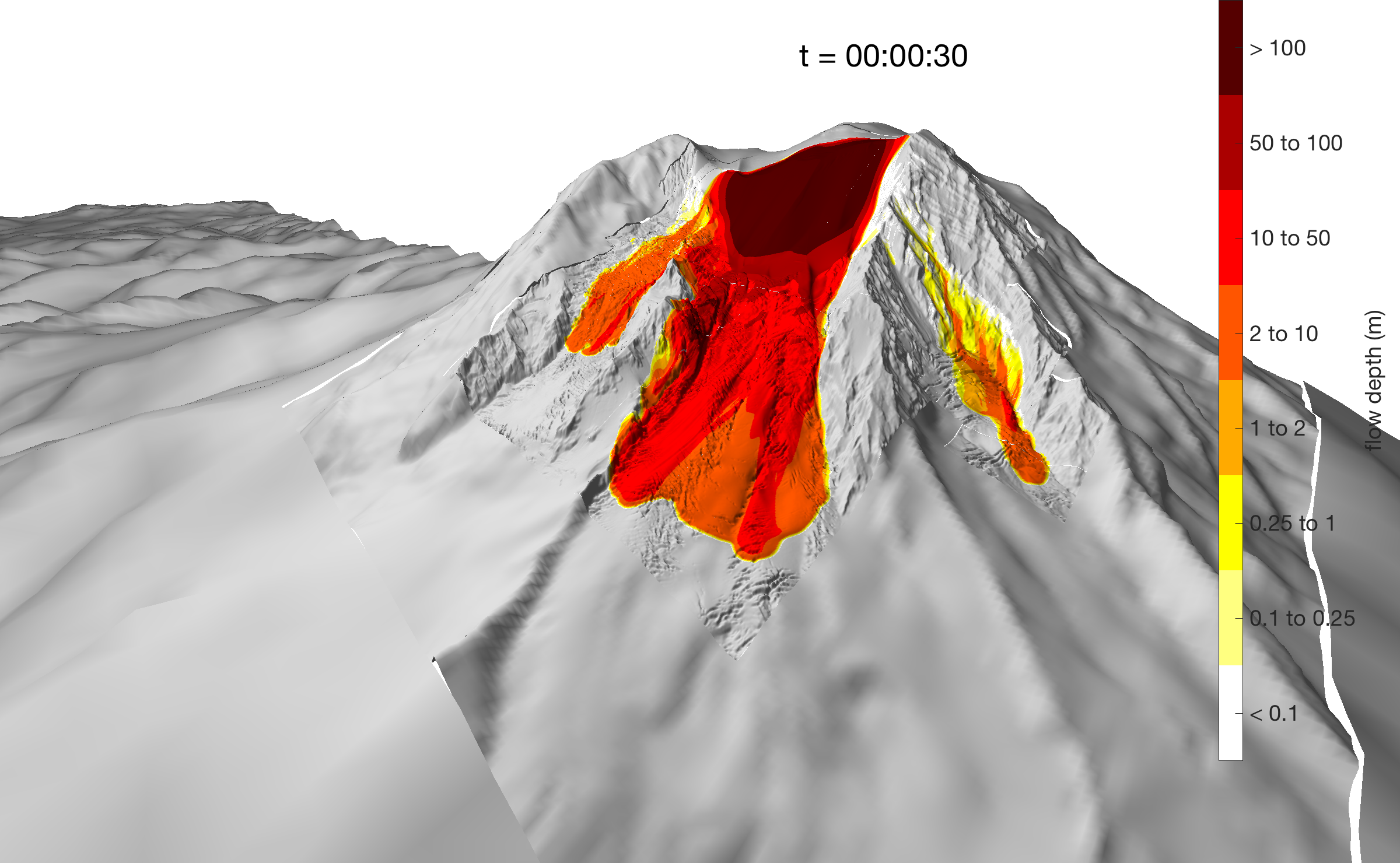 The two-phase granular-fluid model implemented in D-Claw is based on mathematical models originally developed by Richard Iverson and later co-developed with David George, at the USGS. The model, described in detail by Iverson & George, 2014 and George & Iverson, 2014, combines principles of fluid, solid, and soil mechanics. A unique feature of the model is the coupled evolution of the solid-grain concentration and the basal pore-fluid pressure, based on the principles of granular dilatancy. This co-evolution mediates the coulomb effective stress and hence the mobility of the flow, and hence allows the simulation of slope failure, incipient motion, and deposition without unrealistic force balances. The governing PDEs form a strictly hyperbolic system with non-conservative products, sharing fundamental mathematical stability properties with the more basic shallow water equations. The development of this model was informed by controlled experiments conducted at the USGS debris-flow flume over the last ~ 30 years (flume video archives). The aim of those experiments was to investigate the complex physics of debris flow motion, including initiation processes. Experimental work at the flume is ongoing. For more details see publications below. 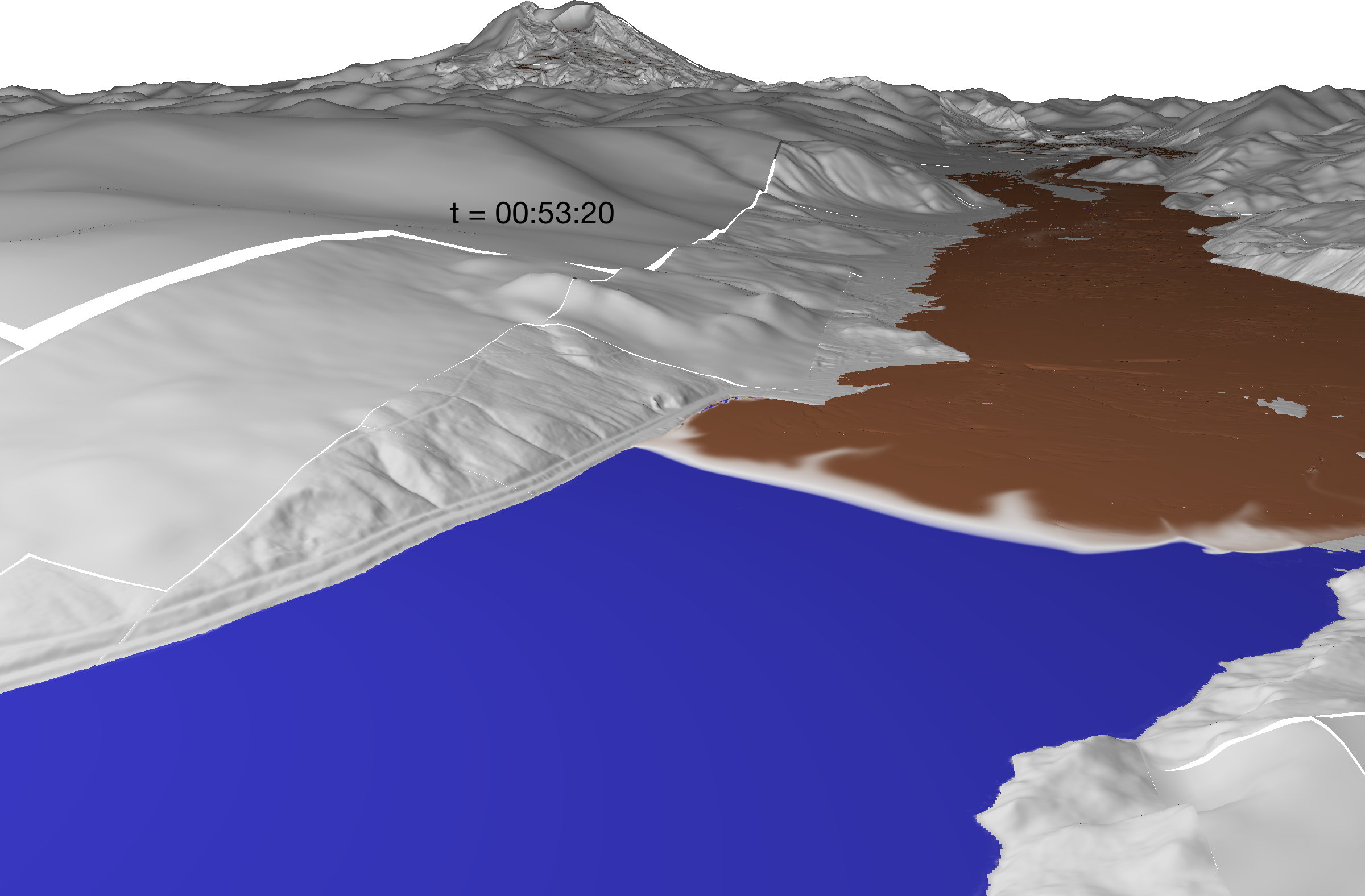 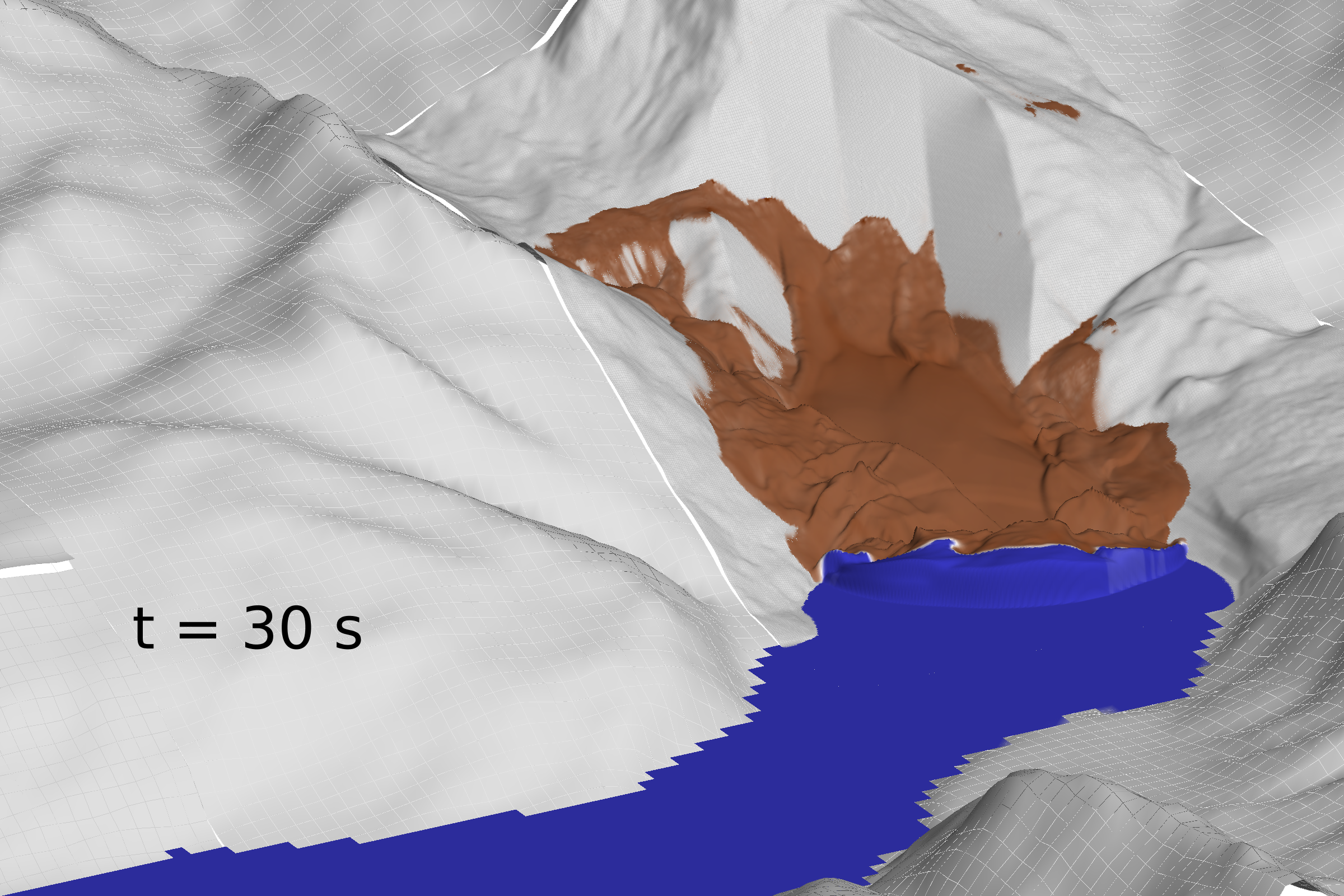 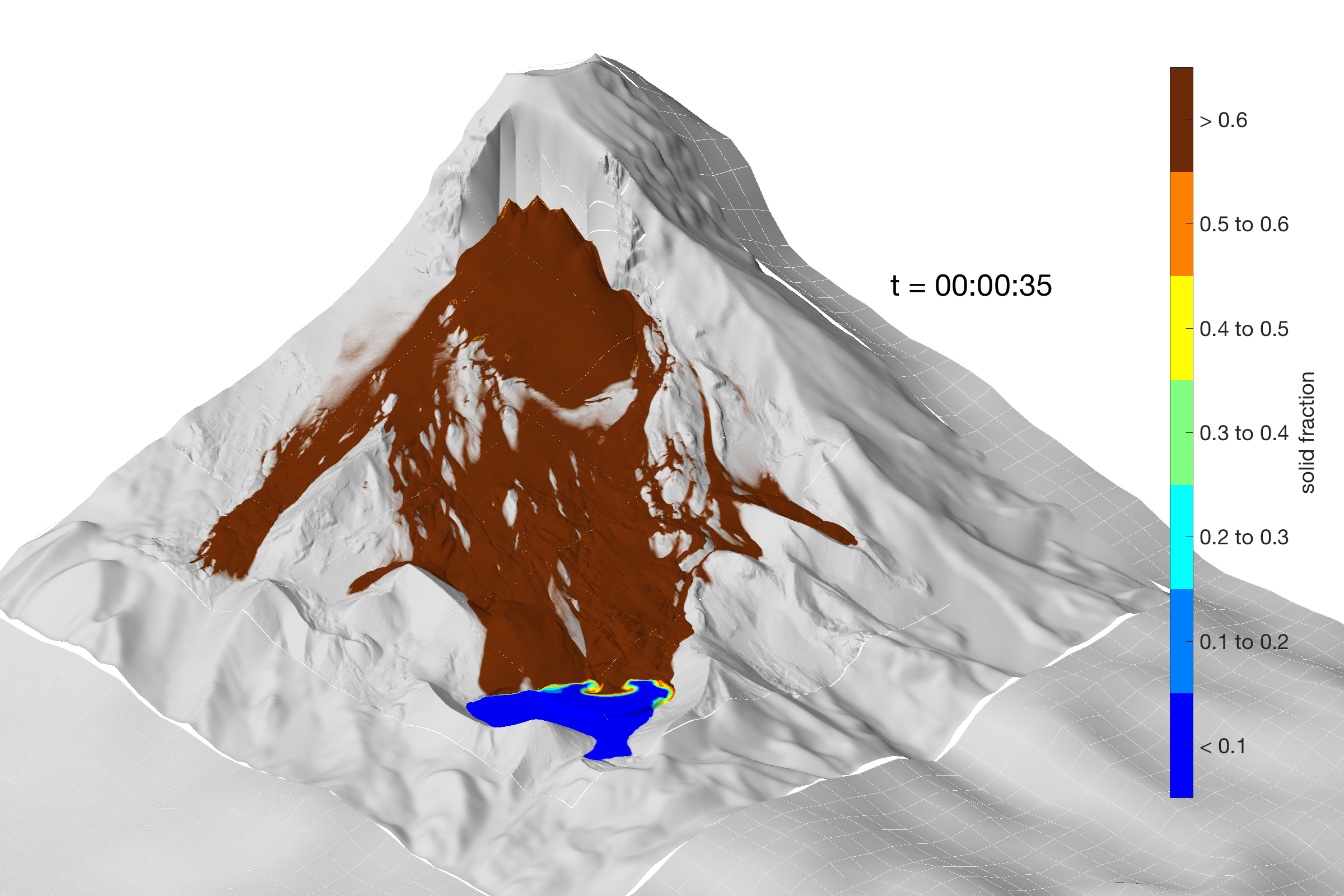 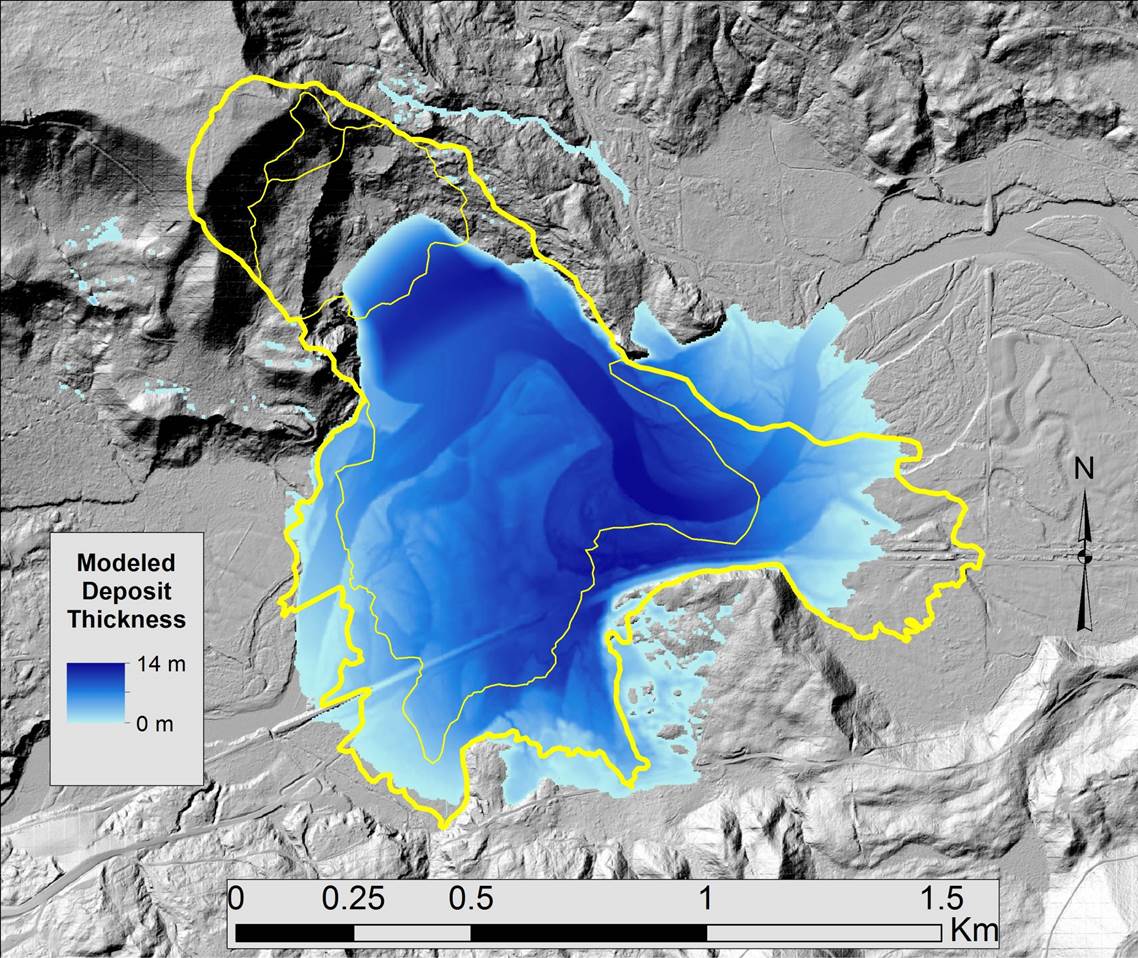